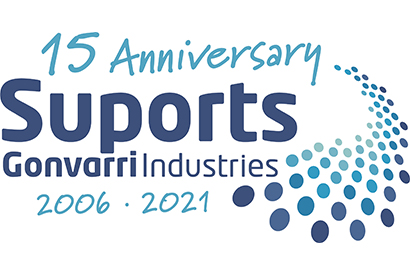 Suports: 15 years of success in the photovoltaic structures market

It has been more than fifteen years since a young engineer convinced a friend and university classmate about the possibilities of creating a photovoltaic structures company on the terrace of a bar. Faced with numerous objections from the latter, the young engineer simply stood up and said: “This is all we need to start the project”. And with great solemnity he took a step forward.

A small step for the two engineers, but a big step for the world of structures. In 2006, the Spanish photovoltaic market was booming, but the supply of structures was largely supplied by companies based outside Spain, either directly or through distributors, with the resulting problems in terms of delivery times and product availability. In addition, there was often a lack of solutions adapted to the wide range of existing roofs. This market gap was the perfect niche for the emergence of Suports, which developed its own matrices and solutions so as not to depend on other suppliers, and added high value-added technical support by nurturing its staff of architects and engineers from the outset. A professional and fully personalized customer service, with the development of solutions adapted to the buyer’s needs, soon enabled them to secure a large portfolio of loyal customers.

With the change of legislation in 2008, which led to the collapse of the domestic sector, Suports, far from throwing in the towel, decided to expand its international activity by creating new companies across borders. After a first project in India without the expected results, they started a new venture in Mexico where they soon became one of the leading companies in the sector, developing some of the most important multi-megawatt rooftop projects in the country and establishing a remarkable network of clients throughout Latin America.

In 2017, and in order to further expand its capacity, Suports joined the Gonvarri Group. This move has allowed the group specialized in structures to strengthen its financial lung and availability of resources, as well as to boost its brand image, expanding its projection at all levels and definitively establishing its position as a market benchmark at an international level with great success in its results and exponential growth.